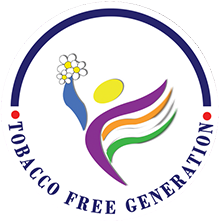 Protecting Indian Children from a highly addictive and killer substance

Tobacco is addictive and dangerous in any form over a period of time. Smokable tobacco products, including waterpipes, contain over 7000 chemicals, and about 250 chemicals known to be toxic or cause cancer according to World Health Organisation (WHO)

The tobacco free generation campaign promoted by WHO advocates legislations to preclude the sale and supply of tobacco to individuals born after a certain year. Most European nations are adopting these guidelines and the latest one is by New Zealand Government which has set 2025 as the deadline to adopt he same.

As the developed nations are putting in place safety nets to protect their young population, the tobacco companies are turning towards the developing nations.

For years, tobacco industry has been targeting children through its aggressive marketing strategies. It is evident from the internal documents of population that how multinational tobacco companies design their products and promote their campaigning strategies to attract children as well as adults.  Millions of people are suffering from the poisonous effects of tobacco and many more have died due to tobacco attributable diseases. Following are the quotes taken from the industry’s internal documents:

“Hitting the youth can be more efficient even though the cost to reach them is higher, because they are willing to experiment, they have more influence over others in their age group than they will later in life, and they are far more loyal to their starting brand”.

“A cigarette for the beginner is a symbolic act. I am no longer my mother’s child, I’m tough… As the force from the psychological symbolism subsides, the pharmacological effect takes over to sustain the habit”

In 2018, the major manufacturers spent 8.4 billion USD on cigarette advertisement and 62.2 million USD on point-of-sales materials.

Implication of tobacco use on young population

Everyone who is concerned about future of India, must support the campaign

Our appeal for Tobacco Free Generation requires the following actions:

As a first step toward Tobacco Free Generation

We strongly appeal for increase in tax on all tobacco products

deterrent to purchase of the product by our children

We appeal to all children, teachers, parents and child health and child rights advocates to write an email to Prime Minister and Finance Minister regarding our concern

They can also make short videos of 30 seconds duration for the increase in tax   and send them to PM and FM.  an alternative they can send the Videos to chander@fshi.in by mail or by what’s app to 9448034152 which will be forwarded to the concerned.